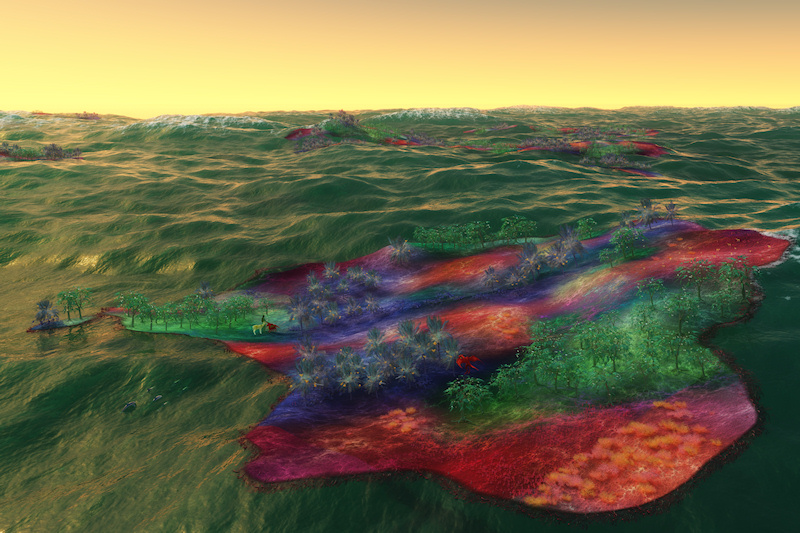 “The sky was pure, flat gold like the background of a medieval picture. The ocean was gold too, in the offing, flecked with innumerable shadows. The nearer waves, though golden where their summits caught the light, were green on their slopes: first emerald, and lower down a lustrous bottle green, deepening to blue where they passed beneath the shadow of other waves.… Far below him in a vast, momentary valley he saw the thing that had missed him. It was an irregularly shaped object with many curves and re-entrants. It was variegated in colour like a patch-work quilt-flame colour, ultramarine, crimson, orange, gamboge, and violet. It sat to the water like a skin, curving as the water curved. It took the wave's shape at the top, so that for a moment half of it was already out of sight beyond the ridge and the other half still lying on the higher slope. This thing might have been thirty acres or more in area.… And that is the nature of the floating islands of Perelandra.”
—Perelandra, Chapter 3 by C.S. Lewis